If the Apple Doesn’t Fall Far From the Tree …
Votes

If the Apple Doesn’t Fall Far From the Tree … 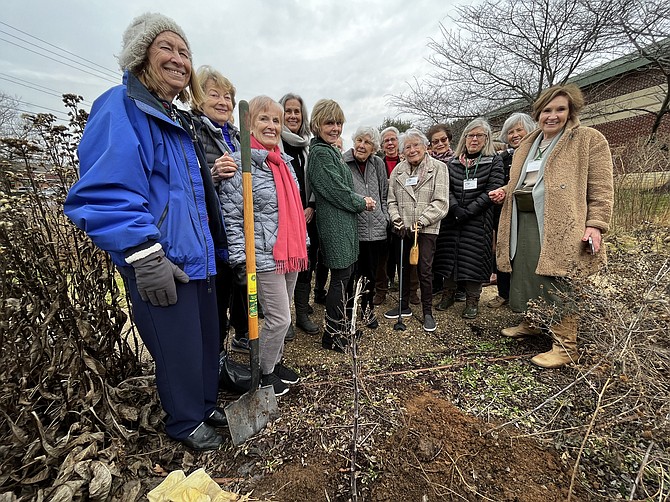 Members of the Great Falls Garden Club and others gather to witness the tree planting.

It is a pair of scrawny Flower of Kent apple saplings, only about two feet tall, if that. Yet, even with their sprigs of brown withered leaves at their crown poised to rest dormant until spring, they are the apple of the eye for over 500 Great Falls Elementary students. 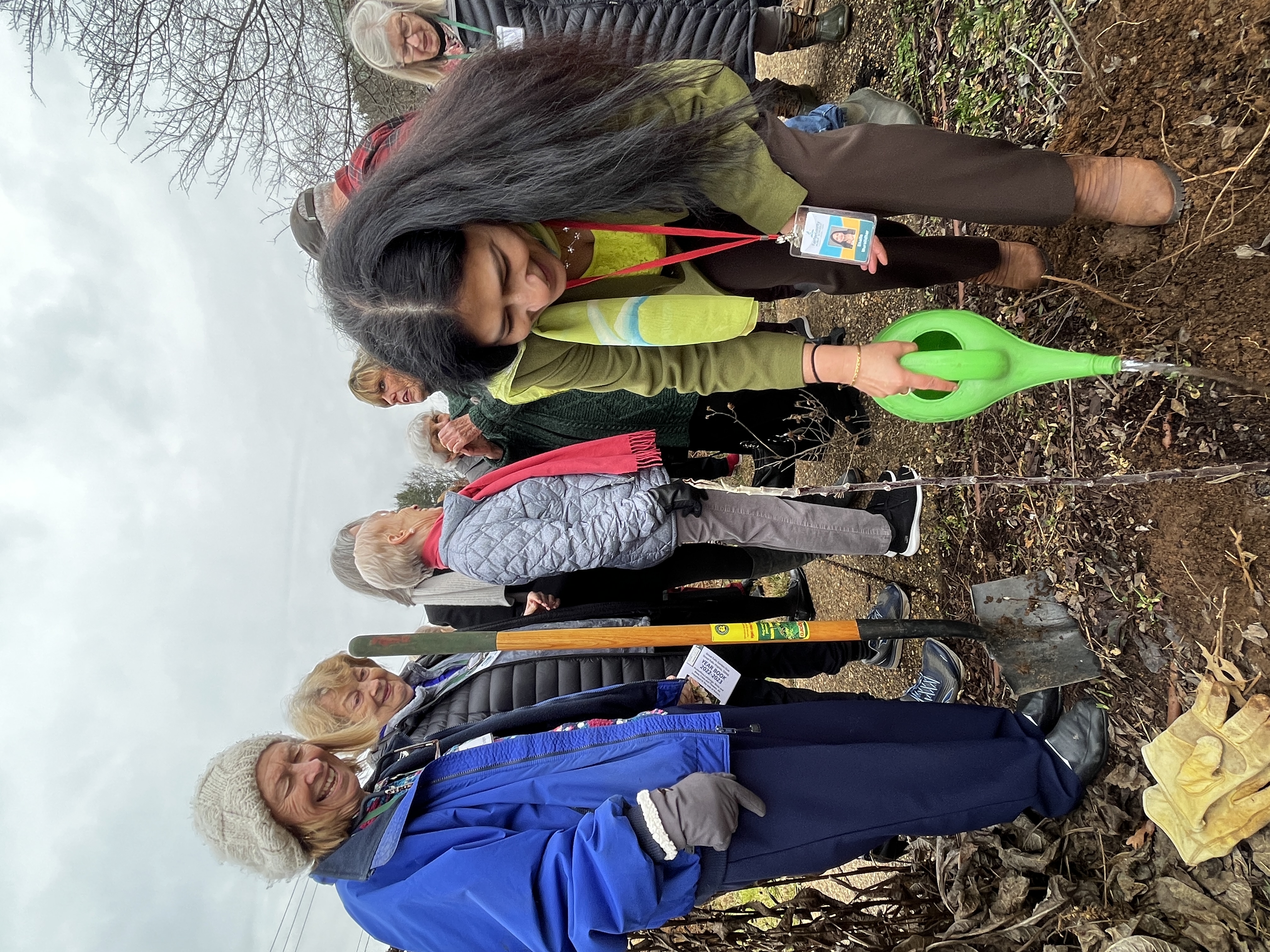 Shaila Muralidhar, FCPS 5th-grade teacher of the Advanced Academics Program waters the sapling.
special, pedigreed Flower of Kent sapling, a Malus domestica variety, in the garden of the community's Fairfax County Public Library located at 9830 Georgetown Pike. The garden is designed and maintained by club members.

Oliver planted the other sapling early the following day at Great Falls Elementary School, 701 Walker Road. The school is the site impetus of the gifted saplings.

“Countryside Nurseries did a great job.They did all the grafting work and the trees were in their hands for the last six months,” Oliver said.

Oliver referred to the Flower of Kent as the "top" of his lifetime tree planting significance pyramid. He did not praise the trees for their future crops of large sweet but slightly acidic cooking apples, but because the trees are a historical link to the past, going back 357 years.

It is reported that in 1666, a student returned home from his closed London university. It was shuttered because the city was in the grip of a pandemic, the Black Plague. The young man, Isaac Newton, sat under a tree at his family home, Woolsthorpe Manor near Grantham, when he witnessed an apple fall from a tree, the eureka moment for his theory of gravity.

"The seeds of the project were planted a year ago, almost to the day, on Isaac Newton's birthday," says Shaila Muralidhar, FCPS 5th-grade teacher of the Advanced Academics Program.

In 2022, 500 Great Falls Elementary School students petitioned L. Rafael Reif, president of the Massachusetts Institute of Technology. The students requested a grafted cutting of Newton's apple tree from the MIT President's Garden to plant in their new Friendship Garden ("Yu Jyo No Niwa") campus to commemorate their first STEAM Lab.

The tree at MIT was a gift from Ed Vetter, an MIT alumnus. He donated the tree to the institute in 1977. The former commerce undersecretary in President Ford’s administration received it as a gift from the National Bureau of Standards.

Three students gave their viewpoints about the forthcoming apples and the tree. "I would like applesauce or apple pies," said Alexandria Niamien, 8, of Great Falls."Then we could donate them to people who need food."

Vivienne Sung, 10, of Great Falls, discussed the best time to plant an apple tree. "I  think, maybe  in January. Things are dormant right now. In the springtime, then flowers will start blooming."

Wolfgang Dailey, 11, of Vienna, said he does not have an apple tree where he currently lives, but he would like to have one and other fruit trees when he grows up.”I will probably grow oranges as well and a couple of different types of apples like Red Delicious, which is misleading, Granny Smith, and Golden Delicious.” Wolfgang added that he would likely not get a Flower of Kent tree. “It’s probably going to be expensive.”