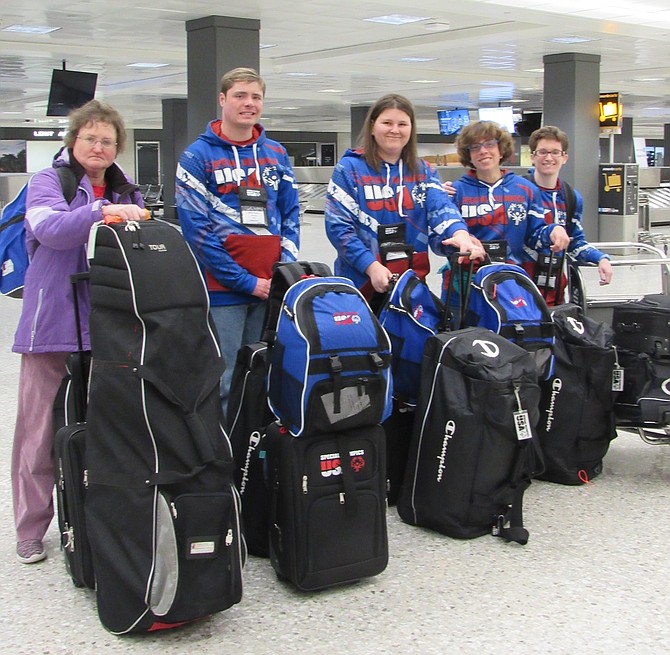 Athlete Dylan Joseph "Joey" Roney of Herndon gets a good luck hug from his grandfather, Chuck Roney, before he departs to Abu Dhabi, United Arab Emirates to represent the USA in the Special Olympics World Games 2019.

With many hugs, high-fives and applause, five of the seven Special Olympics Virginia athletes and a coach boarded a United flight out of Dulles International Airport on Wednesday, March 6. The athletes would be part of the 215-athletes in the Special Olympics USA delegation headed to World Games Abu Dhabi 2019. Opening Ceremony is March 14 followed by six days of competition for the reportedly 7,000 plus participating athletes from 190 delegations competing in World Games 2019. Closing Ceremony is Thursday, March 21. Of the five Virginia athletes who departed Dulles, four came from the Northern Virginia area and one from Fredericksburg.

Keep up-to-date on all of the information about the Special Olympics World Games with televised schedule and results by visiting, www.abudhabi2019.org.