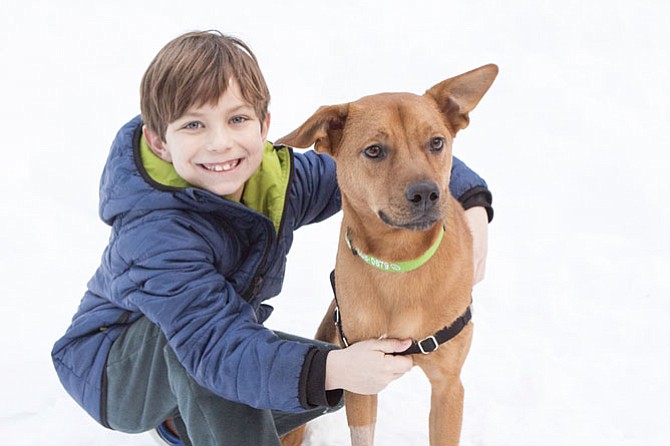 Rhys and Sparty Frishling of Great Falls. Rhys Frischling and his older sister made a pact several years ago, Rhys would act like a dog until their parents got them one. It took a while, but a few months ago, the three Frishling children were surprised with a rescue dog. Seven-year-old Rhys says he was so excited when he saw Sparty that he screamed. He wants people to know that his dog is very cute. Don’t believe him? Rhys is happy to show you pictures.