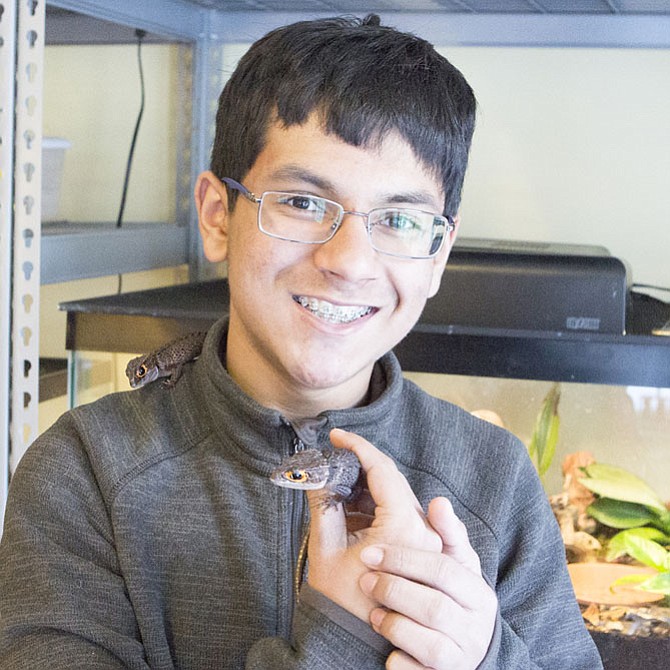 Jamal and Smaugh Baig of Great Falls. A bank of shelves with glass terrariums fill an entire wall of the Baig’s sizeable basement. And 12-year-old Jamal would like to expand his menagerie which includes turtles, fish and two crocodile skinks. Jamal raises some of the food his pets eat and has begun breeding his animals to trade for supplies at his favorite pet store. He gets a little help from supportive 14-year-old brother Kareem who also handles most of the care and feeding of the two family rabbits; Midnight and Gandalf. The kids like to play with the bunnies who, when they get tired of playing, enjoy taunting Jamal as he chases them down to return them to their gated play area. Eight-year-old Salma reports that she generally stands on the couch to direct capture efforts.